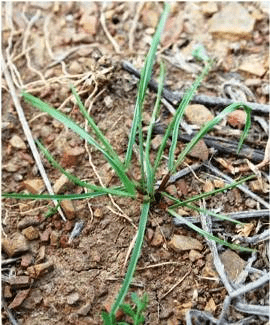 Frost and Clethodim, a Bad Combination

Frost is a common weather event in our southern cropping zone especially in winter months.  It typically happens more in drier years where less cloud cover results in colder nights.  It is not uncommon for frost events to coincide with critical herbicide timings and can significantly reduce their efficacy especially on grass weeds.  This interaction of reduced efficacy and frost is made worse by resistant populations.

When temperatures are below the comfort level of plants their physiology slows down and continues to decrease with falling temperatures.  When conditions get down to frost levels the plants have slowed down to the point where herbicide efficacy can be affected.  For grass sprays to be successful the herbicide needs to be transported within the plant to the growing tips of the new shoots.  If the plant is not functioning properly the herbicide either may not be taken up in sufficient levels, or may only move slowly within the plant and possibly breakdown to the point where it has a reduced effectiveness.

A concern with frost is that herbicide efficacy can be worse for resistant populations as found by a study by Saini et al. (2016) which found that exposing ryegrass plants to frost for three nights before or after the herbicide application, resulted in a higher reduction in efficacy of clethodim on the resistant ryegrass compared to the susceptible population.  They also discovered when testing a highly resistant population that frost before the herbicide reduced the efficacy more than the frost post application.

With many populations of ryegrass developing resistance to the valuable active ingredient clethodim we need to have everything working in our favour.  These include;

With grass resistance increasing every year we need to make sure we do all we can to maximise control.  We only get one shot per year so make it count and avoid the frosts. 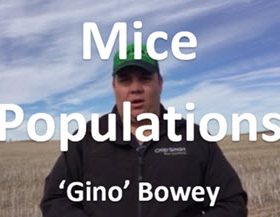 In the Paddock with ‘Gino’ Bowey: Mice Control Made Simple