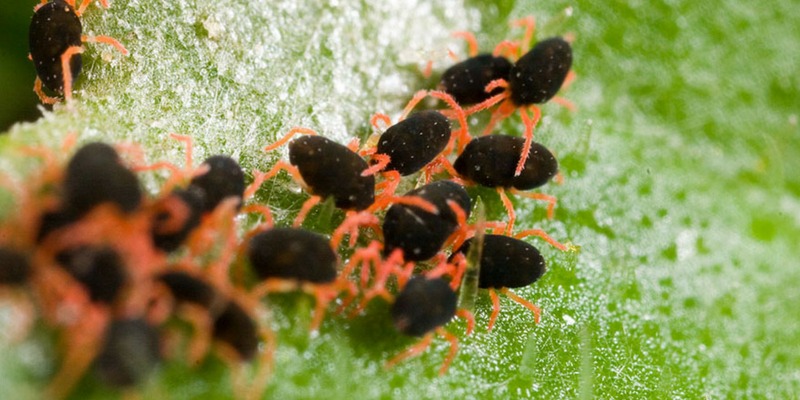 As crops begin to emerge, along with recent rainfall and changing seasonal conditions, it is likely to trigger a burst of activity from a range of insect pests. With emerging crops being the most susceptible to damage, it is vital to regularly check for pests to ensure your crops get a healthy start. To assist with monitoring, the Smart Agro has put together a list of common insect pests to be on the lookout for.

Egg hatchings of the redlegged earth mite will be occurring in each region depending on the differing cool conditions and rainfall.

Redlegged earth mite (Halotyudeus destructor, RLEM) activity is predominantly subject to localised environmental conditions. This pest survives between winter-cropping seasons as over-summering eggs, which will only hatch under specific conditions in autumn.

Generally, the process of egg development and autumn hatching requires at least 5mm of rainfall accumulated over five consecutive days or less, followed by 10 days of average daily temperatures remaining below 16°C, which we’ve recently encountered in some areas across the southern cropping region.

Conveniently for the RLEM, this coincides with the establishment of their host crops, which means monitoring early emerging seedling crops is critical to avoid losses and economic damage. This can be further exacerbated in dry conditions or when plants are stressed e.g. herbicide damage, cold conditions, sown too deep, etc.

A wet April in a lot of areas, has meant the hatchings of RLEM are on time, this paired with cooler conditions and some rain arriving, means peak egg hatchings are likely to happen soon and in some environments, have already occurred.

With insecticide resistance in the RLEM now present in the southern cropping region, insecticide stewardship should be high on the priority list. That means not using the same insecticide mode of action groups across successive spray windows (on multiple generations of mites) and reserving co-formulations (or chemical mixtures) for situations where damaging levels of pests are present, and a single active ingredient is unlikely to provide adequate control.

Please click here to read about resistance management strategy for RLEM in Australian grains and pastures and see below for the average RLEM life cycle from Cesar Australia. 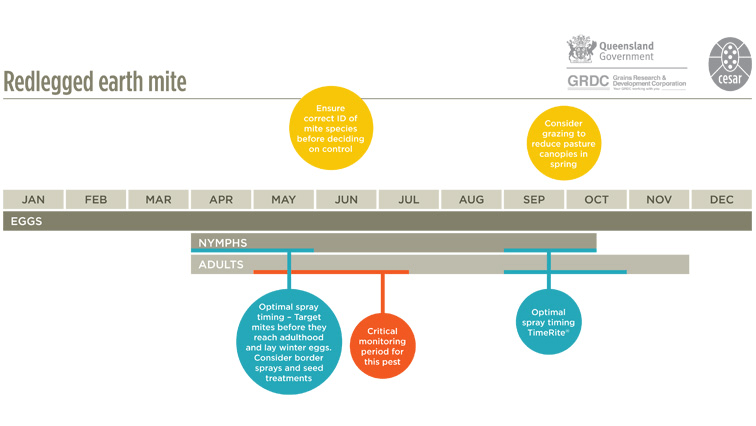 Distinguishing aphid species in canola is not always that obvious! Here are some key poinst to consider when identifying these aphids in the field: 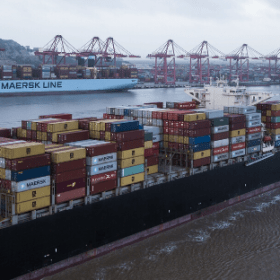 What’s Happening In The Market – April 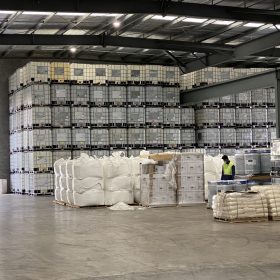 What’s Happening in The Market – March