Heliothis are most damaging when they feed on the fruiting parts & seeds of our pulse crops. During the formation & development of pods, Vetch, Field Pea, Chickpea, Lentil & Faba/Broad Bean crops are very sensitive to Heliothis larvae attacks. Small grubs can enter emerging pods & damage the developing grain while larger larvae may consume the entire pod contents causing significant economic loss.

Generally narrow-leafed Lupin & Canola crops will have reduced damage by Heliothis feeding until they are close to maturity and leaf fall commences. In Canola the Diamondback Moth (Plutella xylostella) generally causes more economic damage once thresholds have been reached.

Holes or chewing damage may be seen on pods &/or seed heads. Larvae may be seen or remain embedded in the seed pod. Crop losses attributed to Heliothis come from direct weight loss through seeds being wholly or partially eaten which reduces overall crop yield. Grain quality may also be threatened through unacceptable levels of chewed or distorted/defective grain. Heliothis larvae eat increasing quantities of seed & plant material as they grow. The last two growth stages (5th & 6th instar) can account for over 90% of their total grain consumption, hence an early insecticide application is important for the economic control!

Currently in the Victorian Southern Mallee & Wimmera districts, economic thresholds have now been reached in the northern areas & will strengthen over the next several days. Small larvae are generally easier to control because they are more susceptible to insecticides & leaf feeding makes them susceptible to ingestion of active residues on the plant surface. Larvae entrenched in buds & pods (like hatched Lucerne Seed Web Moth or Etiella in Lentils for example ((Etiella behrii)) will be more difficult to control & chemical residual will be important in contacting them.

As a guide to reach economic thresholds, we need to consider the following three factors including:

Obviously, control is warranted if the cost of control is less than the value of the yield loss predicted. Considering current pulse crop commodity values are ranging anywhere from approximately $350.00-$380.00mt (Field Peas) to $900.00-$1,000.00mt (Lentils) & yields are currently promising in our region, residual insecticide costs between $2.30 – $3.90/Ha & $7.50/Ha spraying application (total max. cost is $11.40/Ha) only 1 – 3 Heliothis larvae population is required in pulse crops to reach the economic threshold to control!

We’ve been monitoring pulse crops in the Victorian Southern Mallee & Wimmera districts over the past 14 days since migratory adult moths’ flights have occurred. We suggest the following as a general guide, please contact your Crop Smart agronomist for a specific region to discuss & plan further:

These insecticides have some residual properties at these rates (the higher the rate the increased residual control). As a guide they will control pest larvae for up to 14 days with a 5 – 7-day anti-feed period also which provides approximately 21 days crop protection. Monitoring of pulse crops should re-commence approximately 14 – 21 days post application for assessment on larvae populations if a secondary application is required.

If you require any further information or for more specific guidance please feel free to contact your Crop Smart Agronomist or Sales Representative. 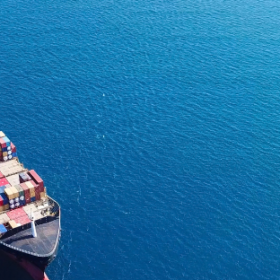 What’s Happening in The Market – October 2021 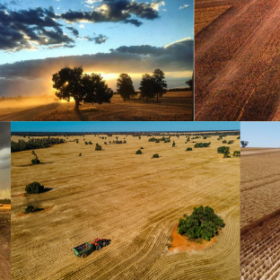