What’s the World State of Play in Ag Chem?

Those who had a good season last year are moving into the end of the Financial Year, thinking about where to spend money for tax minimization.  The question we often get asked at this time of the year is, “do you have any deals?” and where is the pricing of ag-chem going in the current world climate?

India – the significant change lately has been the impact of COVID on India.  India is a critical exporter of pharmaceutical intermediates which are used to make raw chemical ingredients all around the world.  They also produce a large amount of the world’s 24d (Ester 680, Amine 625 & Surpass), Triclopyr, Zinc Phosphide (Mouse bait), Dicamba, Metribuzin and Alpha Cypermethrin.  Therefore, the impact of manufacturing decreasing to 70%, or stopped in some cases, means there are now considerable delays in shipping.

With India effectively side-lined,  The world must rely more heavily on China.  Companies which usually order 50% with India and 50% with China are now doing 100% in China.  Chinese factories are trying to operate at 120-130% capacity to take advantage of the extra orders, but its not enough, and prices are rising strongly.

Paraquat – we’ve spoken about Paraquat for the last few months being a great buy at the current low price.  We’ve been saying for the past 6 months that the price has bottomed, and the only way forward is up.  We continue to believe in this view and urge you to consider your chemical needs over the next 12 months.

Nitrogen – With seeding all but wrapped up, our attention turns to Urea for the coming months. You would have heard a lot of talk recently regarding Indian tenders and the impact these tenders have on global prices. Over the past fortnight, we have seen prices increase rapidly on the back of this demand with two tenders issued in quick succession, as they have not been able to secure the tonnage required pushing FOB prices higher.  There is speculation that the second tender will also be short on tonnes requiring a third tender to be issued, putting more pressure on prices. Whilst India is under enormous pressure with COVID, Agriculture has been one industry that has continued (and must continue) to remain strong.

Domestically in Australia, we are confident in our ability to supply on the East Coast with good levels of inventory committed and more shipments scheduled; however, our current view is prices will continue to increase short/medium term.

Hopefully, you’ve managed to get a few small drops of rain to start the season off, and it looks like most of you are a good way into your sowing program.  Let’s hope a “normal” season can resume from here on in if in fact, there even is a “normal” anymore! 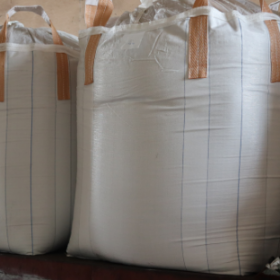 Should I Spread Urea at Current Pricing?