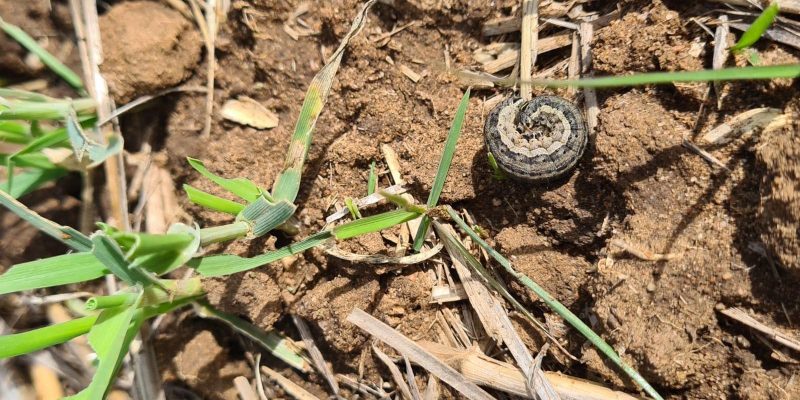 Armyworm larvae are identifiable by three parallel white stripes along their body. They cause most damage to crops through defoliation (signs of scalloped vegatation) in Autumn and Winter, but can also cause direct seed loss in Spring (particularly in barley and oats) through stem, spikelet and head-lopping which is most severe to economic yield loss.

The photos below show the difference between an unaffected section of crop (left) and a badly damaged section (right). 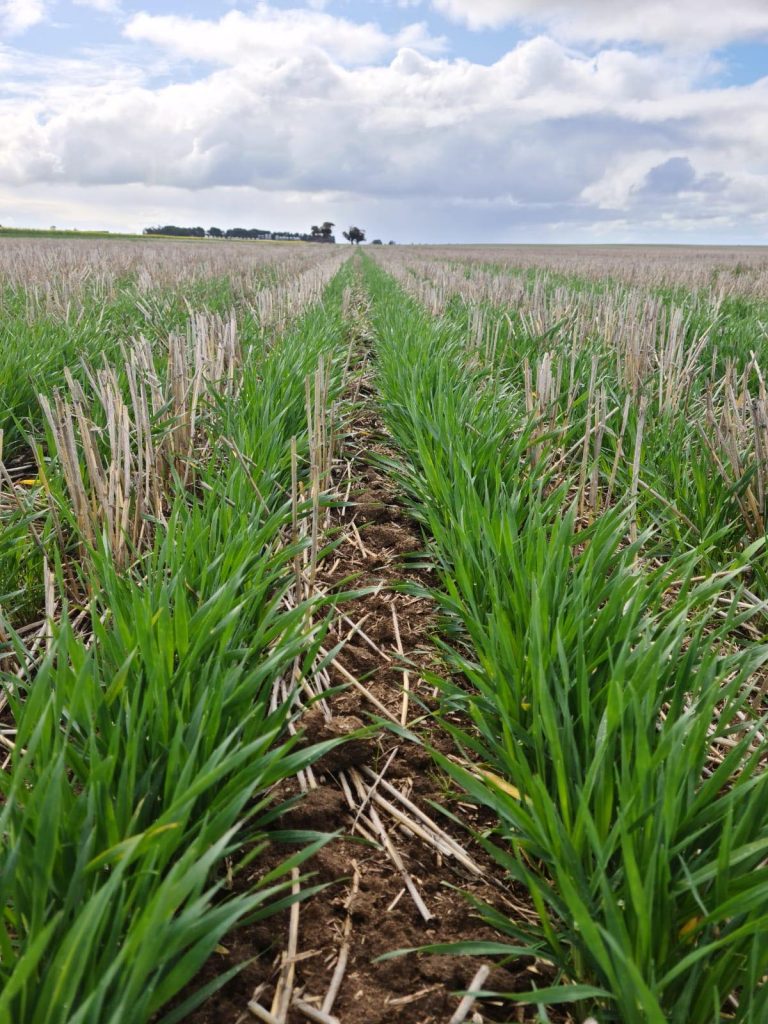 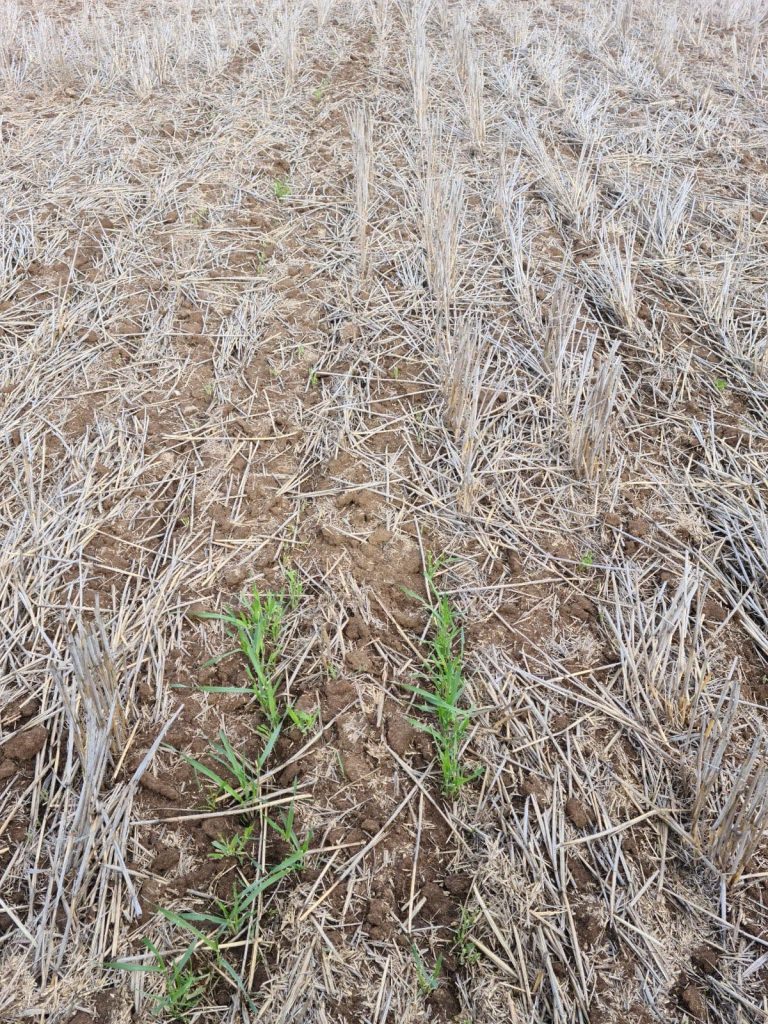 The three armyworm species commonly found in southern Australia are the common, southern and inland armyworms. Armyworm larvae of all species are about 1mm long after hatching and grow up to 40 mm in length and usually have smooth bodies with a few fine hairs. Body colour can vary, but larvae are generally green, brown or yellow with three parallel white longitudinal stripes running from the ‘collar’ behind the head, along the body to the tail end. The body stripes can vary, but the collar stripes are always present. They have one pair of anal prolegs and four pairs of abdominal prolegs. Larvae live and pupate in the soil and are generally nocturnal. 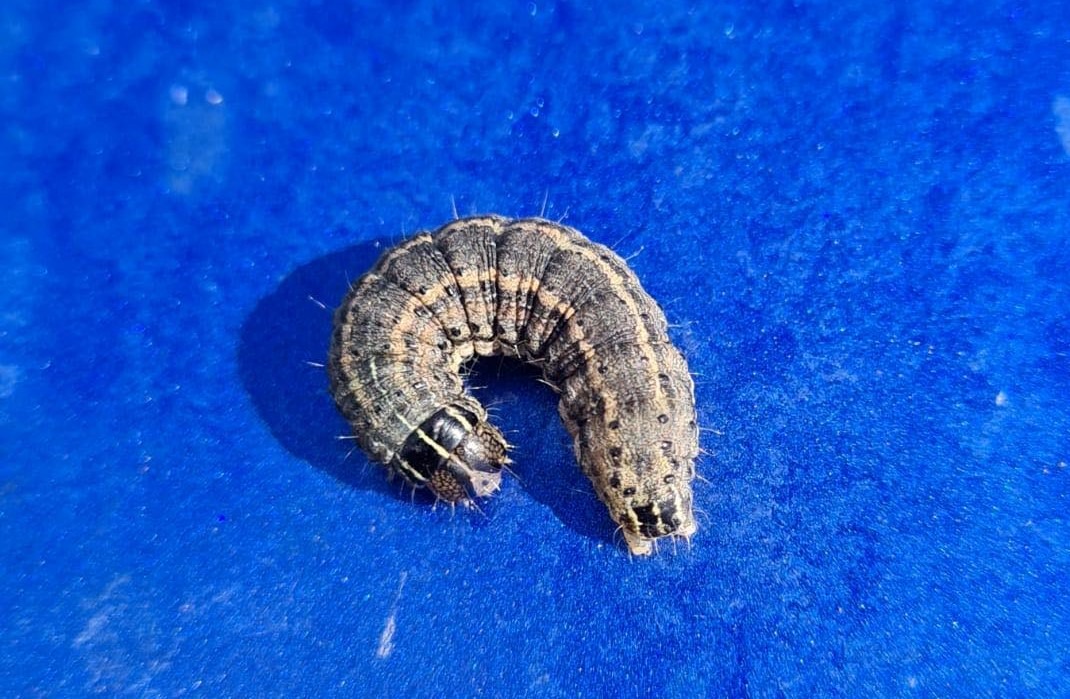 Older caterpillars crawl around at night and may move up and down plants regularly. They spend the day curled up at the base of the plant under clods of soil or in the plant crown. The majority of plant damage is caused by the final larval stages.

The mature caterpillars pupate in the surface of the soil at the base of the plant. The adult moth finally emerges at least four to six weeks (possibly many more) after pupation, and migrates away from the region.

For winter outbreaks (during tillering), economic thresholds of 8 to 10 larvae per m2 provide a guide for spray decisions. For spring outbreaks (during crop ripening) spraying is recommended when the density of larvae exceeds 1 to 3 larvae per m2 although this figure must be interpreted in light of timing of harvest, green matter available in the crop, expected return on the crop, and larval development stage.

Please contact your Crop Smart Agronomist for any additional advice. 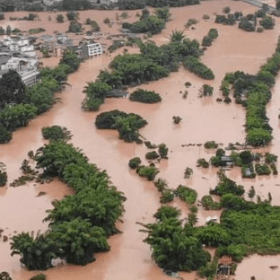 What’s Happening in the Market – August 2020 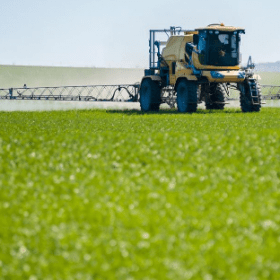