What’s Happening in the Market – August 2020

It was great to see a substantial rain across most regions after a “Dry July”.  Most areas recorded close to, or over, the magic ‘inch’ of rain in these last few weeks of August, which is going to increase yield dramatically in all areas.  Let’s hope that we can get another good rain in September to finish the crops off this year!

As we forecast last month, if we get a solid rain, then fungicides will run quickly, and they have.  After three dry years, the market has not forecasted for this wet a year, and as a result, we are seeing shortages of Tebuconazole, Propiconazole, Epoxiconazole, and Prosaro.  Carbendazim and Chlorothalonil are currently in good supply, but expect this to change if the rains keep coming.  Hopefully, you listened to the advice and took positions as soon as it rained to beat ‘the herd’.

Russian Wheat Aphids are more prevalent than last month but still haven’t caused much crop damage yet as the beneficials seem to have them under control.  As mentioned previously, if they take off, Chlorpyrifos and Pirimicarb (this will only work when temperatures increase) will be the two products in the highest demand because the market won’t have enough.

Urea has had a jump in price as a result of the rain.  Most of the older positions at a low price are sold out.  Please get in touch with one of your local rep for your fertiliser requirements if you’re looking for further advice on this going forward.

Meanwhile, in China, there has been lots of rain and flooding in numerous areas.  You might have seen the flooding touching Buddha’s feet in Leshan City in South West China – if not, here’s an interesting video to look at https://www.youtube.com/watch?v=o-QVYGluAZk.  This has slowed down, and in some cases, stopped, some factories producing.  These factories represent approximately 11% of World output, enough to put a floor under the price for the foreseeable future and to generate some artificial demand.  For these reasons, if you haven’t ordered any Glyphosate and Paraquat for your stocks, then it now deserves your attention. 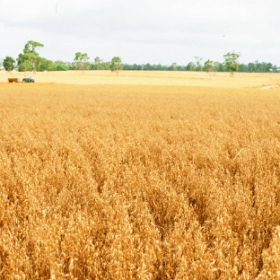 What’s Happening in the Market – September 2020 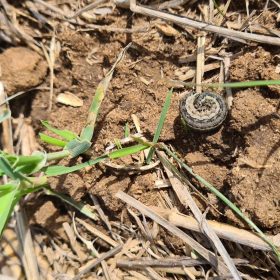