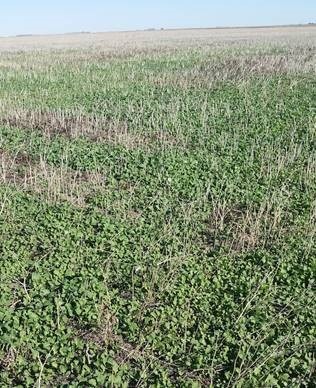 The ‘Green Bridge’ refers to weeds and volunteer plants from previous crops growing through the summer and autumn.  An obvious issue of having plants growing though the fallow period is the removal of moisture and tie up of nutrients.  If left uncontrolled, these plants also provide a host for disease and insects which becomes an even bigger issue if the green bridge is not removed prior to planting the subsequent crop.

Controlling weeds in the fallow period should be undertaken as soon as possible once the weeds are large enough for adequate coverage with herbicide.  This is for a range of agronomic benefits such as conserving moisture and reducing nutrient tie up in weedy biomass.  Weed control going into a crop should be aimed at having paddock brownout at least two weeks prior to planting, NOT spraying two weeks prior to planting as weed death occurs too close to emergence and disease and insects can move onto the new seedlings.

Weeds and volunteer plants host many diseases and insects including rusts and aphids. Aphids increase the spread of viruses in crop including Barley Yellow Dwarf Virus and Beet Western Yellows Virus.  Any diseases or insects that can increase with a green bridge should be monitored with extra vigilance and proactive measures put in place such as fungicide or insecticide seed treatments or fungicide fertiliser treatments to prevent early disease pressure or insect activity.  Monitoring crops early post emergence should also be given extra emphasis.

Many areas this season have had significant rainfall though summer and autumn increasing potential for certain diseases and insects.  Removing the green bridge in adequate time prior to seeding will give your crops the best chance possible. Everyone will still need to be vigilant as there will be areas of uncontrolled green growth such as roadsides, fence lines, un-arable paddocks and from paddocks where the green bridge has been left uncontrolled. 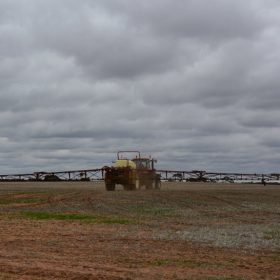 It pays to be organised at sowing 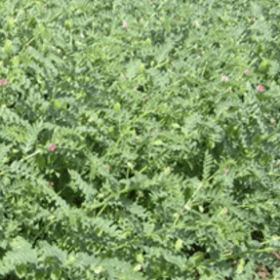 Be mindful of herbicide plant back restrictions