Home / General / Should I Inoculate My Legume Pasture or Pulse Crop? 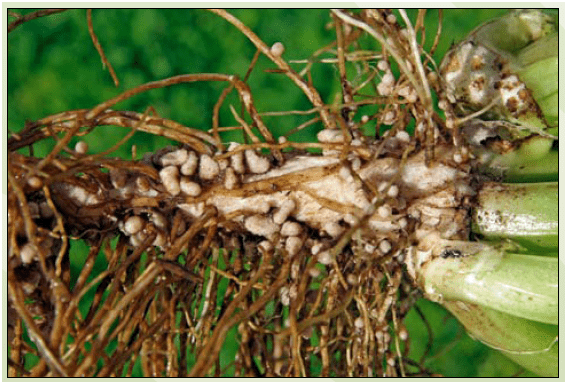 Should I Inoculate My Legume Pasture or Pulse Crop?

For a legume plant to fix nitrogen it needs to form a symbiotic relationship with Rhizobia (a type of bacteria). It is symbiotic because both the plant and bacteria benefit from the relationship.  The legume plant gets nitrogen from the bacteria in the form of ammonium (a readily used form by the plant) and the bacteria gets carbohydrates and other organic compounds from the plant.  The reason we inoculate the seed is because the specific bacteria may not be present in the soil at high enough levels to maximise nodulation, resulting in a reduction in nitrogen fixed, a reduced yield or both.

Legume plant roots emit chemical signals that attract Rhizobium bacteria. The plants roots secrete molecules called flavonoids.  These flavonoids are very specific to the strain of Rhizobia bacteria the plant needs and is trying to attract.  Therefore the Rhizobia bacteria we add for inoculation is specific to the type of plant we are trying to grow and the different strains have been put into groups.  Examples of different strains are Group N for chickpeas or Group E for vetch and field peas.  It is important to read the label before using inoculant to make sure it is right for the crop you are growing.

There are some easy decisions when it comes to decide if inoculating should be done.  Situations that are likely to see a response are sandy soils, acid soil, chickpeas and >4 years without a pulse of the same strain of bacteria.  Situations that are less likely to see a response are heavier soil types (loams and clays) with neutral to alkaline pH, especially with a recent history of pulses with the same strain.  If in doubt it is always best to inoculate.

Chickpeas are worth a special mention given that the high forward pricing may encourage new growers despite the risks of ascochyta and viruses.   The bacteria required to help chickpeas fix nitrogen is very low in our soils. If the chickpeas are not inoculated they will not fix nitrogen and will only use soil nitrogen.  If there is not enough soil nitrogen you will need to apply what is required the same as a cereal crop (e.g. top dress with urea).

The benefits of well inoculated crops and pastures are well documented with increases in plant biomass, yield and nitrogen for the following crops.  Inoculation is something that can be easily overlooked or put in the too hard basket.  The majority of inoculation is still done by peat slurry and this is still the cheapest option.  If you have had a bad experience using slurry perhaps try to find a farmer who is successful at using it and spend some time working out how you can do it better, as it can have some major benefits for your whole farming system.  Granule inoculants are more expensive but have some major benefits that may justify them for your system.

Just remember if in doubt whether to inoculate or not, do it! 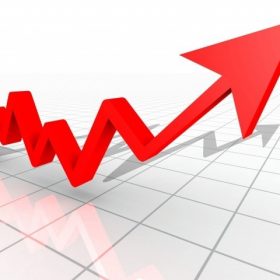 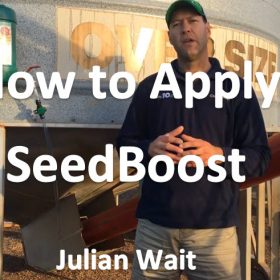 How to Apply Omnia SeedBoost with Julian Wait