What’s Happening in the market?

Over the past three months the price of Paraquat has increased by 30%. As much as we flagged the price rise and locked in hundreds of thousands of litres at great prices, it still wasn’t enough and unfortunately we have effectively sold out at the lower prices. This was another great example of Crop Smart working with our customers and suppliers to deliver incredible value.

A new paste formulation in the Chinese domestic market is being well received and has reignited demand that was lost when the SL formulation was banned in 2015. Currently it’s the domestic season in China so demand is seasonally high anyway. Pollution control continues to see smaller factories close and remaining factories move up the cost curve as they invest in better technology. Finally, after the price having bottomed 6 months ago, it was inevitable stocks would run down and factories would wait for a bounce in price. We’ll keep you updated as we move through toward desiccation in September.

Crop Smart is one of the first companies to be producing Prosulfocarb 800 EC this year and we are manufacturing this at our factory in Melbourne. This has been a multi-year project and we have invested large amounts of time, money and effort, conducting trials and working closely with our chemists to develop the best product and supply it in time for the 2017 season. As the key active in Boxer Gold® this is going to be a game changer for resistant rye grass control. Talk to your Sales Rep about how we can help you.

Watch out for Imidacloprid. It’s another insecticide that’s been increasing in price overseas. We’ve already sold three times the volume we sold last year in response to concerns about Russian Wheat Aphid. Once the current stock is gone we can’t resupply this season.

With increases in legume plantings in some areas this year and following the fungicide sell-out of last season, many customers are pre-ordering portions of their fungicide requirements already. 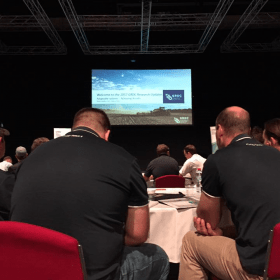 15 things I learnt from the GRDC Adviser Updates – Adelaide & Bendigo 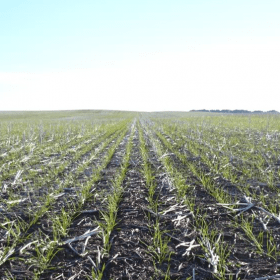