Home / Markets / What’s happening to the price of Glyphosate?

What’s happening to the price of Glyphosate?

Watch out for more price volatility in some chemicals over the next six months.  The Chinese government has recently announced heavier penalties to deal with environmental issues.  The reaction from our suppliers in China is that the markets for some chemicals will become more unpredictable as factories are arbitrarily closed or forced to reduce output while they upgrade.

An example is Carbendazim. Due to the recent imposition of heavy environmental controls, key intermediate chemicals used to produce it are in short supply and the price has increased by 10% in the past two weeks.

Glyphosate is being produced at below cost due to excess production capacity. Without any significant change, there’s a good chance that finished goods in Australia will maintain their current pricing levels for 2015. Increased world demand combined with production constraints means that Clethodim is in short supply and prices are tipped to increase.

With radish control and resistance an important part of farm planning, we’ve listened to your feedback on the performance of different Diflufenican brands.  As a suspension concentrate, the efficacy of Diflufenican formulations is heavily influenced by the particle size of the active ingredient. Crop Smart is committed to manufacturing high quality formulations so we have developed the best Diflufenican formulation we can by manufacturing to a median particle size of 1 micron. Some generic products have a micron size from 20 to 100 microns, even up to 200 microns, so when you use Smart Diflufenican this season we guarantee it is the best formulation we can make.

I’ll continue to update market news during the year to help you make informed decisions. We‘re committed to keeping the market competitive by manufacturing and marketing the Smart brand of chemicals and developing new products. Like Smart Diflufenican, we have some others in the pipeline that I will discuss as they become registered and available. Thank you for your continued support and, as we head into the 2015 season, I wish everyone all the best for a productive and profitable year. 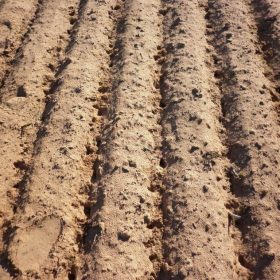 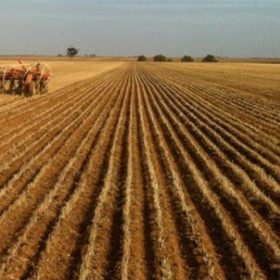 5 Things to Consider about Dry Sowing